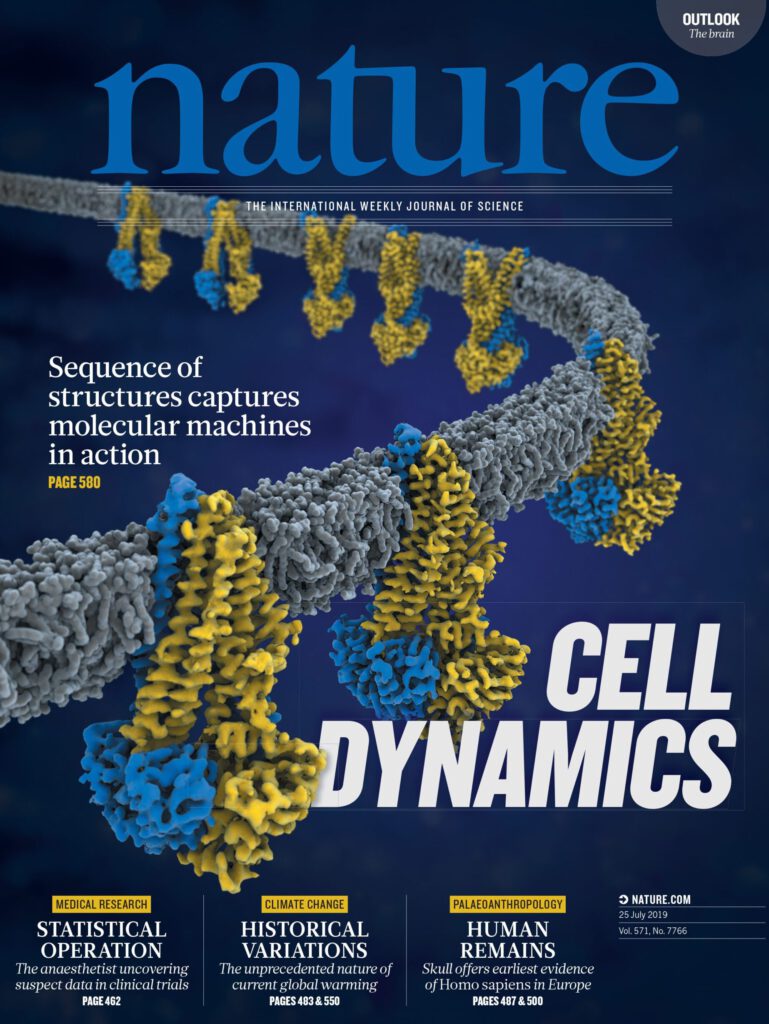 Cryo-electron microscopy (cryo-EM) has the capacity to capture molecular machines in action ATP-binding cassette (ABC) exporters are highly dynamic membrane proteins that extrude a wide range of substances from the cytosol and thereby contribute to essential cellular processes, adaptive immunity and multidrug resistance. Despite their importance, the coupling of nucleotide binding, hydrolysis and release to the conformational dynamics of these proteins remains poorly resolved, especially for heterodimeric and/or asymmetric ABC exporters that are abundant in humans. Here we present eight high-resolution cryo-EM structures that delineate the full functional cycle of an asymmetric ABC exporter in a lipid environment. Cryo-EM analysis under active turnover conditions reveals distinct inward-facing (IF) conformations—one of them with a bound peptide substrate—and previously undescribed asymmetric post-hydrolysis states with dimerized nucleotide-binding domains and a closed extracellular gate. By decreasing the rate of ATP hydrolysis, we could capture an outward-facing (OF) open conformation—an otherwise transient state vulnerable to substrate re-entry. The ATP-bound pre-hydrolysis and vanadate-trapped states are conformationally equivalent; both comprise co-existing OF conformations with open and closed extracellular gates. By contrast, the post-hydrolysis states from the turnover experiment exhibit asymmetric ATP and ADP occlusion after phosphate release from the canonical site and display a progressive separation of the nucleotide-binding domains and unlocking of the intracellular gate. Our findings reveal that phosphate release, not ATP hydrolysis, triggers the return of the exporter to the IF conformation. By mapping the conformational landscape during active turnover, aided by mutational and chemical modulation of kinetic rates to trap the key intermediates, we resolved fundamental steps of the substrate translocation cycle of asymmetric ABC transporters.